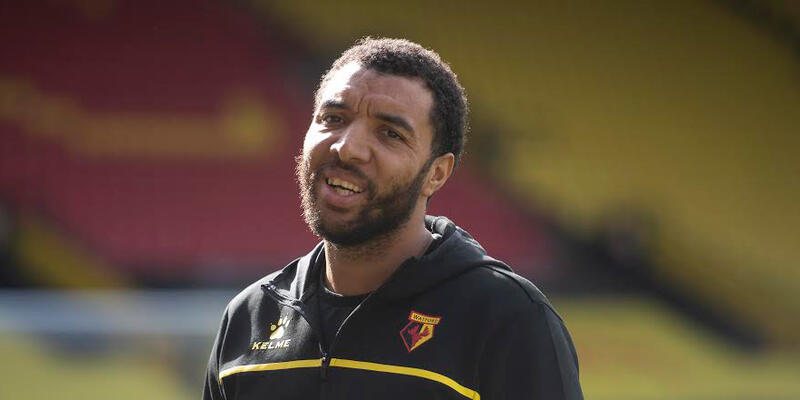 Born in June 1988 and brought up on the notoriously tough Chelmsley Wood estate in Birmingham, Troy Deeney has worked hard for everything he's achieved - both in his personal life and in his career as professional footballer.

Raised by his mother and step-father (who he called Dad), a locally-renowned character often in trouble with the law, Troy was working as a bricklayer on building sites when he was spotted by a Walsall FC scout while playing for his local non-league side.

He'd already swerved trials with Aston Villa, considering estate life and rank to be more important than a shot at professional football, but second time round - as an 18-year-old armed with better advice - he made the grade and enjoyed three full seasons at third-tier Walsall before a move to Watford FC on the first day of the 2010/11 season.

Gradually establishing himself as the club's leading striker, coupled with an outspoken style off-the-pitch, he hit 20 goals in three consecutive seasons; the last of which saw Watford promoted to the Premier League in 2015.

Over more than a decade at Vicarage Road as club captain of the Hornets, he has cut a talismanic figure. Never more so, perhaps, than during five years in the Premier League during which he's been happy to talk openly about his life's challenges with a deep respect for those trying to do something to improve the lives of others.

Now 32 years old and back in English football's second tier with his beloved Watford FC, Troy has just made his 400th appearance for the club as his thoughts start to turn to what may lie ahead from him in both the latter part of his playing career and beyond.

Troy became an ambassador for StrongMen in November 2020, after finding common ground around men's mental health during conversation with co-founder Dan Cross.

We have a Just Giving page which you can use for your events.

Visit our Crowdfunder page, which operates with 0% fees

Amazon donates 0.5% of purchases of eligible purchases to StrongMen.

Install the free browser extension so all your Amazon puchases help fundraise for StrongMen!